Amman: In the hills of east of Amman, five women in denim overalls arrive to clean out the water tank on the roof of a Quran school — the water is filled with micro-seaweeds and bacteria. Under the scorching sun, the women drain the deposits and scatter drops of chlorine into the containers. It is rare to see women plumbers — a field typically dominated by men. The director of the school is thrilled that women are working in the field 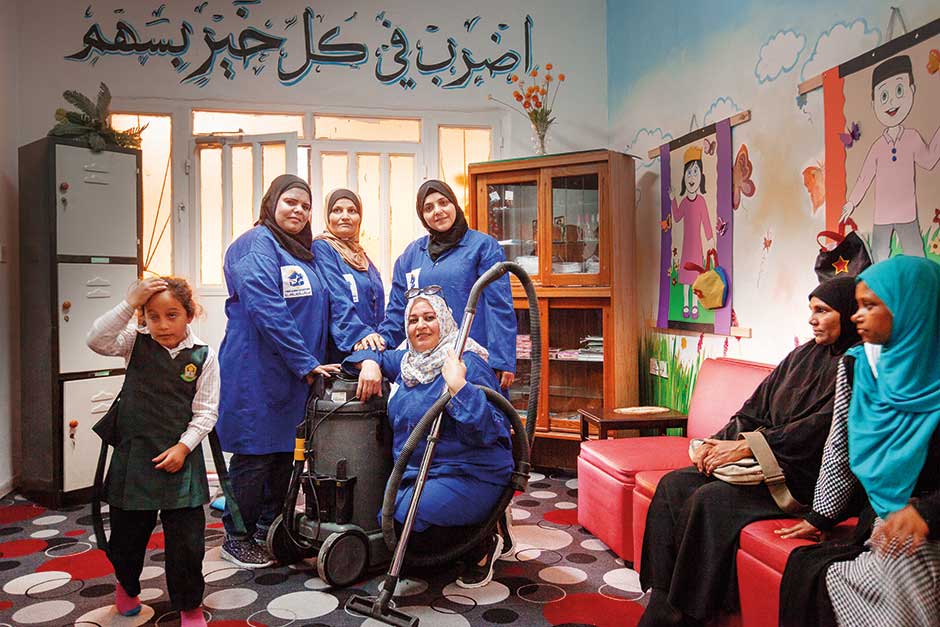 Zikrayat Mosa (left), Shahinaze Talal (right), Nawle Husseen (center up) and Samya Maree (center down), female plumber, pose for a picture in the hall of a religious school where they perform an intervention on May 23, 2017, in the northern suburbs of Amman, capital city of The Kingdom of Jordan. Like many other arabic countries, in Jordan, wifes are socially not allowed to receive male plumbers to do reparation at their house when their husband are at work or absent. Women plumbers tend to offer an alternative. In Jordan, the participation of women in the labor force is only 22 percent (World Bank 2012), while 57 percent of unemployed women would like to work if they had the opportunity to do so (UN Women - 2016). Photo: Sebastian Castelier 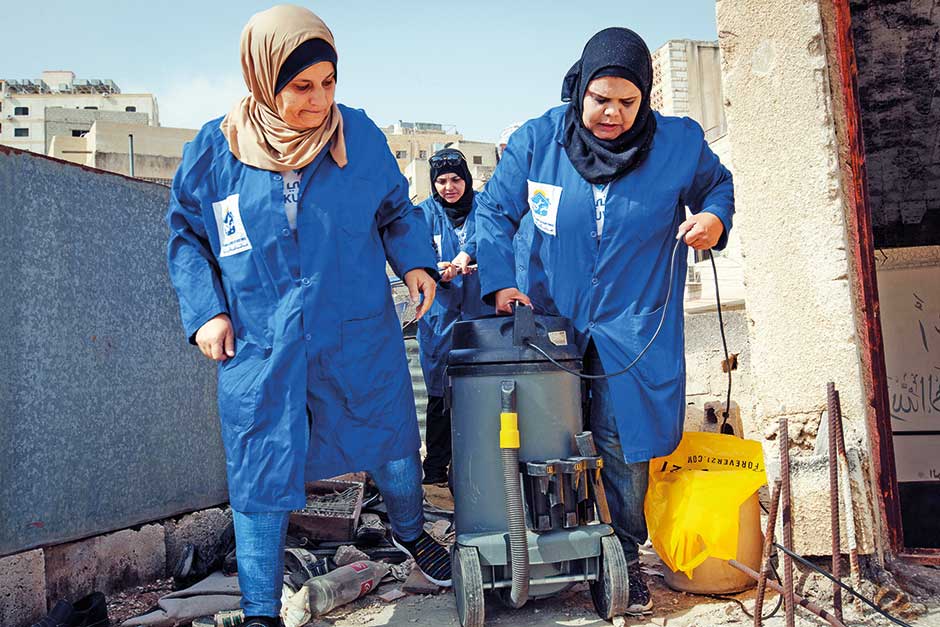 “More and more women in Jordan are joining the workforce — so what is to stop them from becoming plumbers?” Aissa Abdo, tells Gulf News. It is believed that the first woman plumber in Jordan was Khawla Al Shaikh. She decided to join the field in the early 2000s. Speaking to Gulf News, she said she met a lot of resistance from society. “My friends discouraged me and said I would lose my femininity,” she said. But it was her husband that stood by her and encouraged her to pursue the vocation. Because he owned an electric engineering company and a team of plumbers, Khawla was able to shadow the team to learn the trade. Once she mastered the profession, she decided to teach plumbing to other women — she offered free classes.

In 2011, the German Society for International Cooperation (GIZ), donated funds to expand the classes in order to bring in more women. Now, the idea is welcomed in society, especially because Jordanian culture largely frowns upon a women receiving a strange man in the house if she is alone.

“A lot of women struggle if they need a plumber urgently because their husbands are not home until late because they are working,” Al Shaikh said. When Eman Hossan’s kitchen faucet was leaking she immediately called the women plumbers team. “I am relieved to be able to count on female plumbers because the last time I had a problem, I had to wait three weeks so that my husband could arrange with his work a time to leave. I had to deal with the leaking for days,” she said. According to the latest statistics released in 2016, only 15 per cent of Jordanian women work.

Since 2015, Khawla formed a women plumbers’ union, which helps to secure them work — they earn a minimum of 400 Jordanian dinars (Dh2,071) a month. Back on the roof of the Quran school, Samia Maree passionately guides her colleagues as they pour the muddy war off the roof.

“I was depressed staying at home doing nothing. I wanted to feel useful. When I decided to sign up for classes my husband supported me,” she told Gulf News. “I felt it wasn’t fair that my husband had the sole burden of providing for the household.

Society teaches us that this is the way it is and women can only work as primary schoolteachers,” she said. Shahinaze Talal, one of the plumbers on the team, says working boosts her confidence. “It makes me feel good that I can contribute to supporting my family,” she said. “My husband doubted me at fist but now he is extremely proud.”

—Quentin is a roving freelance journalist